Here is Taisabaki #3, with a drawing of foot positions before and after. Notice that the bokken tip is still within same range as when I start. 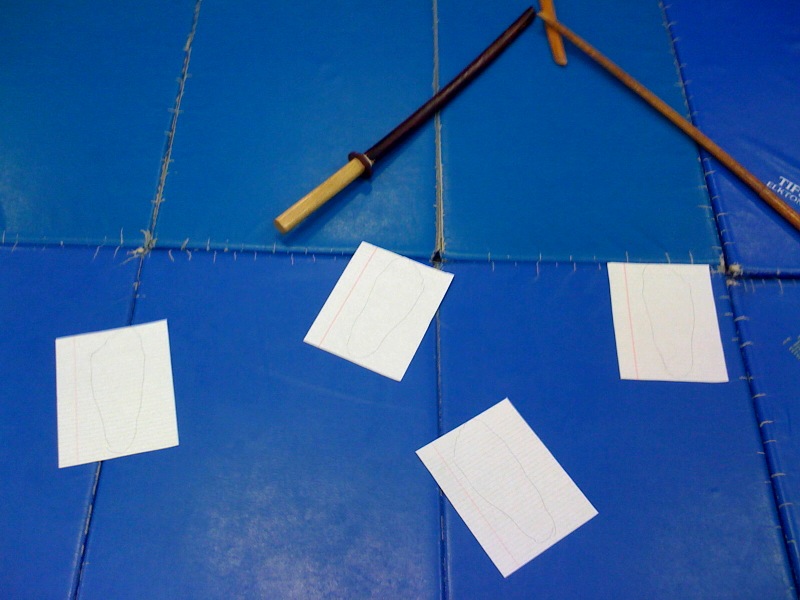 Here' is Taisabaki #4 if we follow theory directly which is to move directly to the right. Directly here means that your big toe on the front foot stays along the same horizontal plane, over to the right. 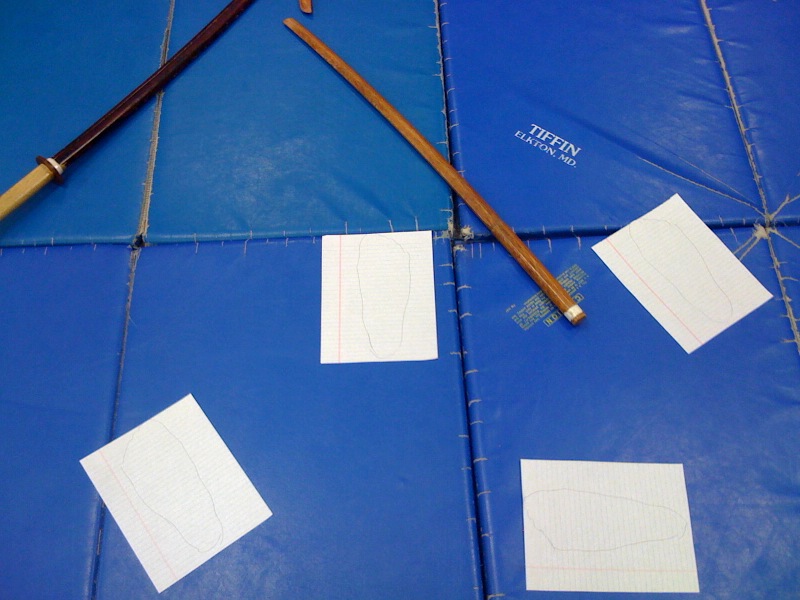 However, notice that the tip is now 3-4 inches away from the opponent, indicating that your body has actually moved away from them. 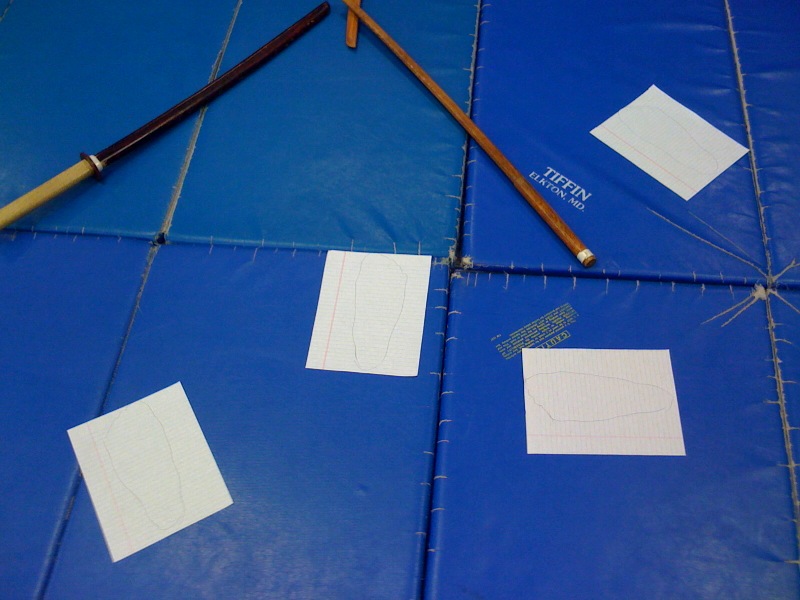 Here the tip stays within the same range as before.

The commonality between the first and third image is that your chushin / hara is actually at the same distance from the opponent. That's what keeps the range / maai constant.

This is still not the same as tai-sabaki #6 which is even further forward than #4.

Comment by rawnshah on December 8, 2009 at 12:51pm
Actually Shihan pointed out that we're supposed to switch feet forward on #4. So #4 would actually look like the mirror image of #3 with left foot forward, rather than right. That actually solves it nicely because it keeps the chushin (near your bellybutton) at the right maai.

#6 is harder to reach forward. I've tried doing it in two steps rather than one long shift but it's just as complicated. This one might always be out of skew in terms of a perfect circle. The interesting part is when you do ukenagashi (block left side for makko, then step around for kesa), it is two steps.

Comment by Andrew Dicenso on December 8, 2009 at 11:26am
Hmm. I've never really noticed something like that on #4. Do you think those inches might be offset by an attacker advancing? If I recall usually a mako or tsuki is done by your partner when you're working in pairs, which would seem to move them forward slightly. I have noticed #6 always seems stretched due to having to reach outward with the right foot, which is already forward to begin with.